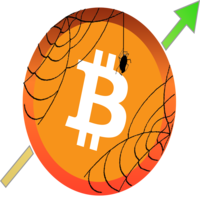 Aren't you tired of "x10000 gems" with hidden team wallets and not so "fair launches"?
Most of the new released "meme" tokens have a life time of maximum 1 day, if you are lucky...
We won't promise the moon, but if we will go there, it will be due to our community work combined with our hard work behind the scenes.

💰 Uptober is not just a BEP-20 Token, it is a phenomen. During last years, October is considered to be “Uptober” for most of investors, because very few lose money by investing in this month, due to all the tokens that are going only up. As everybody is talking about Uptober, we are sure that our Token will be a success and despite the fact that we have “free promo” from our name, we are working hard to be recognized everywhere, including CoinMarketCap, CoinGecko, Binance Smart Chain Scan, Influencers and Press-Media. 💰

Uptober has no news for the moment !

Congratulations! You have successfully voted for Uptober.