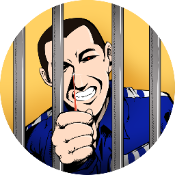 RaperFan($RPF) is a project created out of anger by two programmers which both have one lovely 3 years old daughter. The breaking news that Wuqian has been arrested on suspicion of rape shown up in their phone when they are playing with their kids. Looking at their lovely daughters, these two angry programmers decided to use their best weapon to punish WuQian, who always said that he was a rapper and in fact his true face was a hateful raper. Issue a token called RaperFan (Also known as WuQian Coin) to let everyone fight against the wretched rapists in the world and protect girls.
RaperFan aims to build the strongest community to denounce rapist and protect girls. We are getting together to find, report and punish rapist and raise money to help girls and all the victims. Some of tokens will also be donate to institutions which help to educate underage increasing their awareness of protection and strengthen kids psychological education.

RaperFan has no news for the moment !

Congratulations! You have successfully voted for RaperFan.