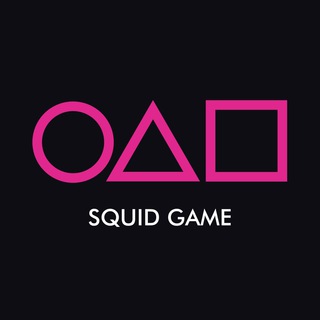 
What is Squid Game ?

THE FUTURE OF SQUID GAME

As many of you know, the Squid Game cryptocurrency was founded by scammers. They took advantage of their community, and inevidably commited a rugpull and ran off with millions. Many people were devastated. Despite this devastation, many people found a home in this previously broken community. This was inpart with the intervention of BINANCE themselves. The developers addresses were blacklisted and Binance annouced a pending investigation into the developers. Squid Game has now emerged as a decentralized cryptocurrency, with full community autonomy. The previously extinguished flame has been re-ignited as we grow each and everyday and now progress in developing a trustworthy currency with extrodinary potential.

We are passionate, our community is passionate and despite the hardship we have had to overcome, we have stayed determined in changing Squid Game into something that will inspire others.

Hi, you promised the compensation for the investments made on your old contract address, i would like to followup on that

Please report this token, this is a scam!!! we cannot sell this token.. you can buy, but you can't sell

Your AQUID cannot be sold. We can buy yours cleanly. Contact my TELEGRAM @wudinimei

Yes you can sell, read the white paper and you'll understand. the mecanism is made to avoid flash crash. For me this coin is the best opportunity i had so far. Team is solid and project is still at the beginning. https://squidgame.cash/SquidGameWhitepaper.pdf

it is not scam, to sell squid you must own marble tokens

what is marble tokens ?

How to Sell SQUID? 1.Follow the rule SQUID implements an innovative anti-dump mechanism. Buying in the market will release selling credits with a rate of 2:1. In addition, the maximum amount to sell $SQUID is 1/2 of total buying value in the pool so if there is no selling credit left in the pool you can not sell more even after two continues buying in small amount. 2.Use Marbles as the key  Marbles the key for Squid Game. Obtaining Marbles without using violence is the key to Squid Game. Marbles holders will have the right to trade SQUID freely. For example, if you hold some Marbles, you can sell certain amount of SQUID at any time you want on PancakeSwap. After you sell some SQUID those Marbles in your wallet will be automatically burned. At the same time, the equivalent amount of $Marbles in the Marbles-WBNB trading pair will also be automatically burned which means the price of $Marbles will pump.

Now I have Marbles on my Wallet, but it dont let me change the squid, will be scam?

Scam. do'nt sell. this is a scam!!! I cannot sell this token.. you can buy, but you can't sell

I stacked the tokens Unfortunately the site is not available At squidgame.cash

Good to everyone !!! from November 1, 2021, the project came under community management. No sales tax, listing on major exchanges: Gate, Poloniex, Hoo, LBank ... The project has become completely autonomous - no carpets !!!!

Squid Game has no news for the moment !

Congratulations! You have successfully voted for Squid Game.