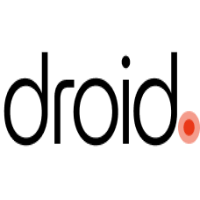 
What is Droid Coin ?

Droid Coin is the first part of the Droid Network. A coin and a system that over time must be managed exclusively by bots. Droid Coin is an AI BEP20 Smart Contract where fees can be changed to suit the market. The coin is administered by a bot (Droid) without human intervention. The algorithm was developed by students at some of the world's most recognized universities, and will eventually understand and continuously adapt the cryptocurrency Droid Coin to the power situation. The Droid will only issue 100 coins upon release to the value of 1 BNB, in case of ongoing demand, Droid will issue additional Coins. It is also possible to mine additional coins to the pool using an active community.

Droid is a small part of a larger network, which must ensure a more stable market. and many new features not yet seen on the market. such as Ghost protocols (follow other traders), Group Network Investment - gather your investments and distribute the return. as well as direct competitions between different traders. these are just a few things of what will come on the new Droid Network later in 2022.

The actual development of Droid will take place on an ongoing basis with trades being made. in the beginning, there will only be a change in the contract once a week, but when Droid begins to understand and thereby the opportunity to anticipate any. changes in market behavior, the goal is that Droid will automatically be able to change the switch on an hourly basis.

The same algorithm will later be used for Droid Investment, where it will be possible to get Droid to make investments for one, without the need for constant monitoring of returns.

Droid Network is probably one of the most exciting projects that will happen in 2022, and we expect great development in the crypto world.

Droid Coin has no news for the moment !

Congratulations! You have successfully voted for Droid Coin.