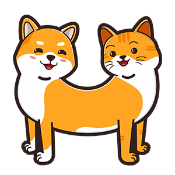 Launched in July 2021, Cat Doge Coin was inspired from the cartoon CatDog and the legendary meme coin Doge. Cat Doge is seeking to become the biggest community coin out there. The core value of CatDoge is democracy, we strongly believe that everyone needs to have a voice and be part of the process. It was decided from the beginning that every major decision will be determined using a public voting system, each and every holder will have the permission to vote.

The voting system will be used for the following topics:
1. Selecting the next advertisement spot. The founding team will gather multiple options and create a voting poll for everyone to vote fairly.
2. Change in the community rules.

Cat Doge has no news for the moment !

Congratulations! You have successfully voted for Cat Doge.